Director Mel Gibson attempted to produce a historically accurate movie about Jesus’ final 24 hours. Mel Gibson said: My movie shall show the Passion of Christ exactly as it occurred. But to produce this movie Mel took some big risks and probably the riskiest one were the spiritual attacks. 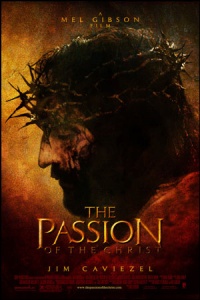 His masterpiece, The Passion of the Christ impacted millions of lives and certainly had a major effect in the spiritual realm.  Millions of believers grew closer to their God and non-believers were exposed to the gospel. This movie was a major attack against the stronghold of evil in the arts and entertainment industry. Mel was the main driving force who made this movie happen.

Mel was aware that there would be spiritual attacks when making the film in 2003 he said, “There is a spiritual dark force that didn’t want us to make the film. It’s so completely palpable while your doing it.”  (EWTN, 1/24/04)

Watch here what happened behind the scene during the making of the movie:

The Passion of the Christ is a proclamation to satan that his time is short and Jesus is the victor and savior. Jesus invites us to join in HIS fight and to rescue souls.

This is what Mel said: “Imagine: There’s a huge war raging, and it’s over us! … For some reason, we’re important in this thing. I don’t understand it. We’re a bunch of d***heads and idiots and failures and creeps. But we’re called to the divine; we’re called to be better than our nature would have us be. And those big realms that are warring and battling are going to manifest themselves very clearly, seemingly without reason, here—a realm that we can see.” (The New Yorker, 10/15/03)

Be seated in Christ and let HIM fight the battle for you. You cannot win the fight in your own strength, you need to fight it in HIS strength. HIS strength is available to you now.